The plant genus Tillandsia, a member of the Bromeliad family, is found in the deserts, forests and mountains of Central and South America, Mexico and the southern United States in North America. They display an incredible range of form and size, blooming in an impressive palette of extraordinary colors.

Tillandsia species are epiphytes, also called aerophytes or air plants. They normally grow without soil while attached to other plants. Epiphytes are not parasitic, depending on the host only for support. They nourish themselves totally, imbibing rain, dew and whatever nutrients are gathered from the air such as dust, decaying leaves and insect matter.

Although not normally cultivated for their flowers, some Tillandsia will bloom on a regular basis. In late fall-winter, the plants bloom with striking purple flowers. In addition, it is quite common for some species to take on a different leaf color, usually changing from green to red when about to flower.

Tillandsia is a primary ingredient in Allerplex, a standard process herbal supplement used to treat pollen allergies. The genus was named after the Swedish physician and botanist Dr. Elias Tillandz. 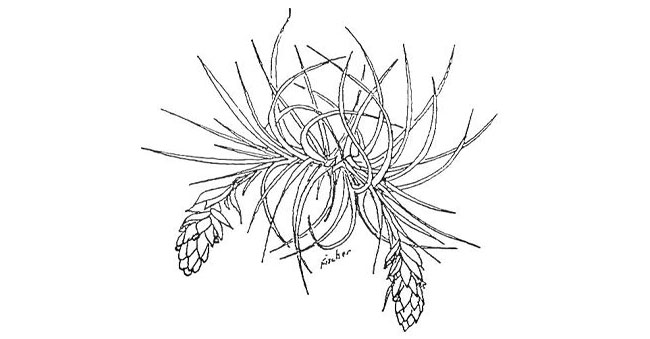